“House conceptualized as a layering of spaces suited for multi-generational living.”

Layer house was a concept that was borne from our client’s needs as a three-generation family living under one roof. The family consisted of grandmother, a couple and three young children. We wanted to create a home that would simultaneously allow everyone to gather comfortably for meals and family times, and retreat to privacy during work or rest times.

Greeting the car porch is a single cantilevered canopy lined with a warm timber ceiling. A feature wall flanks the front elevation and protects the privacy of the residents within. A spaciously designed living and dining space takes center stage at the first level. Upon entry from the front door, one is instantly greeted by the continuous space that stretches to the dry kitchen near the end of the space. The high ceiling with coved LED lighting accentuates the overall space.

Expanding the space outdoors, a series of large panel sliding glass doors allows the entire living and dining area to be fully opened. In tropical Singapore, good ventilation would be a favorable design feature for large communal spaces.

A single flight of stairs over a water feature takes one to the next level. The water feature was designed with the occupant in mind; serving simultaneously as a seating bench as well. The void above the water feature acts as a connecting tool to strategically connect all levels with the ground level.

At the second level, the granny’s room is situated at the front- in close proximity to the home lift provided. A framed window looks out to the street, with vertical fins that shield the room from western sun as the room has a north-western orientation.

Efficient planning results in a well-distributed layout with four bedrooms at the second level. The two children’s rooms share a generous common bath that is naturally ventilated and opens to greenery. The master bedroom is located at the rear with a proportionately designed bathroom with double basins and a standing bathtub.

The best views would be seen from the attic level. A lounge space with a balcony occupies the front and allows the house another uniting space for the family. A feature bathroom located at this level redefines the shower planting brought indoors and visually-lit by a skylight above. There are two bedrooms at the rear of the attic and both opens to a open terrace.

Architecturally, the layered elevations of the house hide the internal functions with intricate style. Preserving the privacy of the home whilst still allowing sufficient light and ventilation, all the bedrooms have been designed with sufficient openings whilst being shielded by vertical screening. 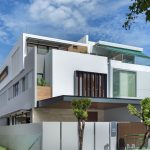 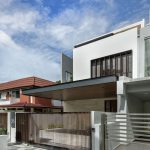 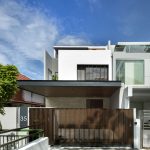 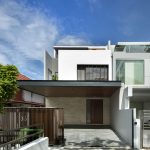 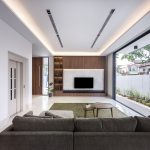 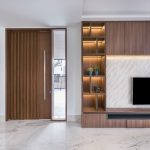 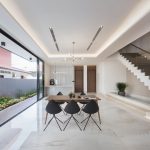 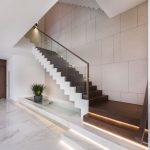 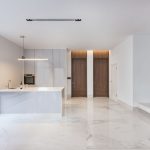 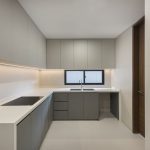 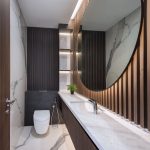 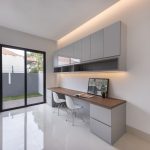 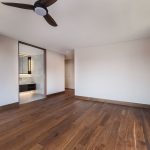 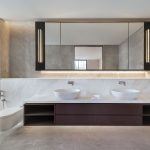 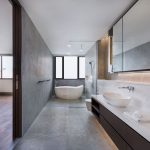 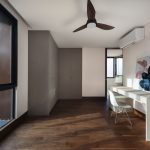 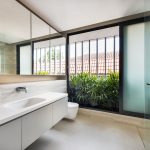 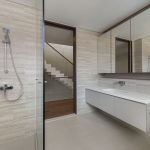 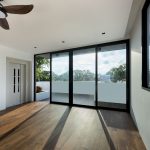 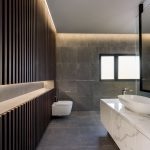 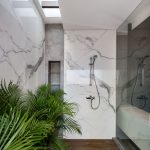 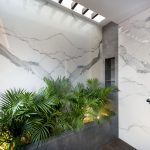 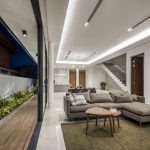