“ Agile office environment for a multi-national company with a fun, quirky and vibrant work culture.”

Founded in Scotland in 1887, William Grant & Sons are a premium spirits company which distributes some of the world’s leading brands of Scotch whisky. Their unique blend of spirits – Glenfiddich, The Balvenie, Hendrick’s Gin and Sailor Jerry Rum has become well-known brands that we know today.

The essence of the company and their branding for these spirits form the inspiration for our design of their new Asia Pacific office in Singapore.

Our design was to create an open plan office with work stations close to the external glazing. The working areas would be illuminated with natural light; highlighted by greenery in side planters beside the desks.

The meeting rooms were inspired by the brands of spirits that the company is famous for – the board room would be highlighted with a custom designed chandelier of Balvenie bottles; the creative meeting room would be illustrated with quirky graphics from Hendrick’s gin; the Sailor jerry room would have retro-inspired sofas and memorabilia.

Break out areas were introduced in between office workstations that encouraged brain-storming sessions. These areas were characterized with as creative environments often styled with casual seating and furniture,

The office areas were designed as an agile working environment, allowing for flexibility and mobility, Workers travel often and collaborations across their offices were facilitated by these hot-desking arrangements.

The project won the Silver Award at the Interior Design Confederation Awards in 2015. 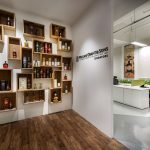 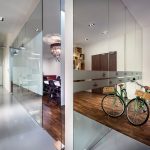 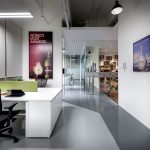 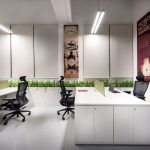 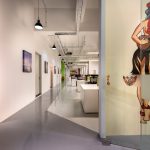 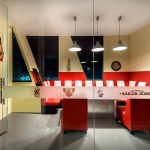 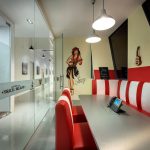 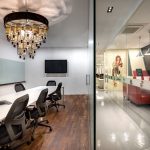 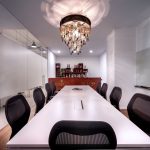 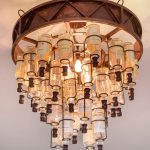 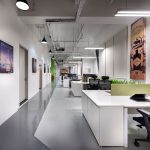 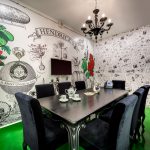